Why I bought Amazon stock when it was $67 per share

Nowadays, the idea of a share of Amazon stock being under $100 sounds like a pipe dream. But it wasn’t in February of 2009. I bought a bunch of Amazon stock in February of 2009 after the release of the Kindle 2, and I held onto it since then. The reasons why I bought the stock originally are not the reasons Amazon is valued so highly today, but the reason why I hold the stock has never changed.

We were in the right in the middle of a housing crash, the iPhone was just 2 years old, and grandparents were just starting to learn about Facebook. Weird, right? Around this time, I had dabbled in investing a little bit. I made some lucky short term bets on companies that are no longer around, a few hundred bucks here and there. I learned why penny stocks are scams the hard way, but other than that – I had very little experience in the stock market. Enter Amazon. By this time, I had quite a bit of experience with Amazon as a customer. As a college student, I used Amazon for my textbooks. They also gave college students prime memberships for free back then, so of course I used it. In general, Amazon seemed like an easy place to shop online.

What does all this have to do with buying the stock? In February 2009, Amazon announced the Kindle 2. That’s it. That’s why I bought the stock. I thought that Amazon’s continued focus on the Kindle was the company’s attempt to do for books what Apple did with music on iTunes and the iPhone. I wasn’t completely wrong either. The fact that they were coming out with a 2nd model meant that the first one probably did well enough to keep going. Real smart, right? I had no idea that they had a massive cloud computing business hiding in plain site, that their prime membership was one of the best strategies in corporate history, or that Amazon was just getting started with global dominance.

So what happened next? A year after I originally bought the stock, the price was down. Another year after that, it went up. A year after that: flat. I definitely did not “time” this stock purchase. However, after around 7 years, my original investment had appreciated over 300% in value. It was still a good company to hold onto and Amazon kept growing and reinvesting in its growth. In 2015, things changed wildly for Amazon. In their shareholder meeting that year, they told investors how profitable and massive the AWS cloud business really was. That began the meteoric rise that we know the AMZN stock to be today. In the years since, Amazon shares have soared to hitting highs of over $3,500 per share: over 50 times what I paid originally.

You don’t have to be a genius when it comes to picking stocks. You have to be patient, and you have to pick good companies. More importantly: YOU NEED TIME. If you’re thinking of buying a home instead of renting, you need time to plan for that. Did I think the Kindle was going to take over the publishing industry? Who knows. But I believed it was going to do something. Simply put, I saw a company making huge bets in business categories where other companies were sitting too comfortable. Amazon was betting on the future, not profiting on their past successes. Plus, I liked Amazon as a customer. It was relatable to me.

Here are my biggest takeaways from my success with Amazon and other investments:

Get started NOW. If you don’t have a trading account, GET ONE. Find the best investment apps that work for someone in your situation. If you don’t have extra money to invest, look for side jobs that can help you make money fast. If you could put just $100 a month into the stock market, that $100 could become $5,000 in 10 years. Who knows what it would be in 20 or 30 years? You might spend $100 eating out at restaurants this month, but would you spend $5,000? That’s what it’s like when you don’t invest. Every $100 you spend on something you don’t need could be costing the future you $5,000.

Want to be smart with your money?

Get our freshest tips about money delivered directly to your inbox! Your bank account will thank you! 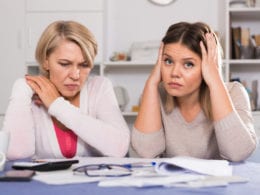 How a Change in Capital Gains Tax May Affect You

Washington, DC is advocating for sweeping changes to the United States tax code. As you’re probably well-aware, the…
byFreshBuck
1 share
1
0
0 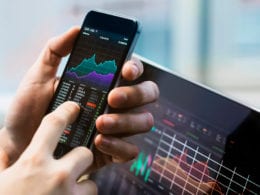 Investing used to be an out-of-reach idea, but that’s not the case anymore. Today, with just the tap…
byFreshBuck

When you receive your stimulus payment, it’s easy to feel a little overwhelmed by the options available for…
byFreshBuck
13 shares
13
0
0